IPVanish, NordVPN, ExpressVPN and others join forces with the VPN Trust Initiative to promote best practices and transparency within the ever growing VPN industry! Is this the start of something new?

Infrastructure Coalition (i2Coalition) has announced the launch of the new VPN Trust Initiative (VTI), in an effort to drive awareness and trust within the VPN industry between providers and consumers.

With the launch of the VPN Trust Initiative, we will see the leading VPN services combine forces, to further improve how VPN providers operate, and increase transparency and trust with its users.

What is the VPN Trust Initiative (VTI)?

The VPN Trust Initiative, aka VTI, is a member-driven coalition, of leaders within the VPN industry.

Being as there is currently no industry standard, or guidelines when it comes to VPN service’s, this could be a revolutionary move, for the start of regulatory alignment, in the ever growing Online Privacy and Internet Security services community.

Whilst most VPN providers aim to provide the best possible service to its users, there was nothing to align practices or ensure transparency within their operations.

The VTI‘s goal is to ensure a transparent industry standard between the services and its users, and help to build trust within the industry by sharing best practices, a combined goal of improving user safety, and the opportunity to mitigate trust within the sector.

The VPN Trust Initiative will serve as the leading voice for the industry, and call upon non members to align their practices with what may be considered the new standard.

Watch the video that explains more from LeeTV:

Which VPN services are involved with the VPN Trust Initiative?

As you would expect, the members of the VTI include some of the biggest and most trusted names in the industry.

Here is a list of the VPN services that have joined forces to join the VPN Trust Initiative;

We are yet to see if other VPN services such as Cyberghost, ProtonVPN, PureVPN or IvacyVPN will join the VTI.

“Connecting to a Virtual Private Network helps ensure your activity isn’t being intercepted, especially when you’re using a shared Internet connection. VPNs are a foundational technology for a safer Internet, so it’s important that VPN providers adhere to best practices. However, it’s also important that new legislation doesn’t inadvertently limit the effectiveness of VPNs”

What next for the VPN Trust Initiative?

There could (and should) be many more VPN services joining the initiative, and this could be the start of a new regulated industry.

As we know, most VPN reviews and insights are paid sponsors, which means they may not exactly be the best VPN to use. Many providers will be high fee’s for positive promotions.

This new initiative could be the start of something new, with new practices, standards and more transparent insights into how VPN services operate, and what is expected of them.

What do you think of this news? We welcome the news and look forward to see what changes will be next for the VPN industry!

Here is why you SHOULD switch from Chrome to Brave Browser!

Here is why you SHOULD switch from Chrome to Brave Browser!

TechChav is a BIG Firestick fan! We are here to bring the latest tips, tricks and tutorials for Firestick and Streaming fans! Follow our social pages to stay in the loop! 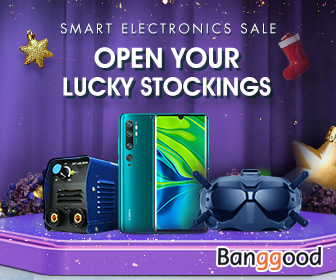 IPVanish is the #1 Fastest VPN for Firestick/Android TV boxes – But HURRY – This offer ENDS SOON!